History of the wood 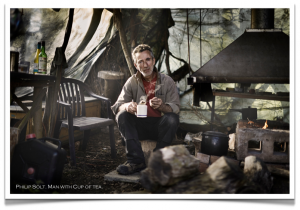 Ancient woodland is a term used in the United Kingdom to refer specifically to woodland that has existed continuously since 1600 or before in England and Wales (or 1750 in Scotland). Before those dates, planting of new woodland was uncommon, so a wood present in 1600 was likely to have developed naturally. The analogous American term is “old growth forest”.

For many species of animal and plant, ancient woodland sites provide the sole habitat, and for many others, conditions on these sites are much more suitable than those on other sites. Ancient woodland in the UK, like rainforest in the tropics, is home to rare and threatened species, more than any other UK habitat. For these reasons ancient woodland is often described as an irreplaceable resource, or ‘critical natural capital’.

Ancient woodland is formally defined on maps by Natural England and equivalent bodies. Many ancient woodlands have legal protection of various types, but it is not automatically the case that any ancient woodland is protected.
The history of Hollington Wood begins in human memory from the 16th century, little of the wood is known previous to this. The first indication of the area was that it might have been once known as ‘Batelswode’ – named after a Robert de la Bataillle. In 1242, Mr Bataille once held ‘half a fee’ in Emberton, with the name ‘Batelswode’ still was being used in 1407. Further records of the Wood appear in 1590, when Thomas Tyringham owned the whole of the Parish of Emberton. 1636 saw the Tyringhams having to sell the entire parish, except for the ‘extensive woods’ – totalling 277 acres in all.

It wasn’t until 1641, that the wood is recorded in its own entity as ‘Hollingdon Wood’. The wood formed a part of the marriage settlement when Elizabeth Tyringham married John Backwell in 1678. A deed in 1681 described ‘Hollingdale Wood’ as “conteyneing by estimation ffifty and two acres bee the same more or lesse”.

1703 saw John Backwell sell the wood to John Leapage, whereby in 1775, it formed a part of the estate of Peregrine Hogg – providing the very first map of Hollington Wood. Since this map was first produced, the wood has changed very little, except for the small ‘nose’ section, which extends SE across the farm track from the bridge over the stream. An Enclosure Map of 1799 shows the same position of the wood, making it obvious there was no need to define the woods boundaries, as these were already clear.

The wood was again sold by Anne Hogg in 1844 to Sophia Praed, with the ‘nose’ being annexed and the wood was said to now be 47 acres and 14 perches (perch – 1/160th of an acre). The map produced during this transaction showed that neither Wood Farm (Ekeney House) nor Hollington Wood cottage had yet been built.